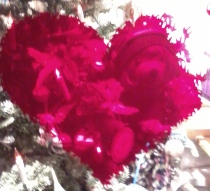 When I was pregnant with my second son, I had all the normal worries that any mom of an only has.  Would my heart expand like all the books said it would?  Would my firstborn hate me forever?  Would we be pilfering our pension funds to pay therapy bills for the rest of our lives?  But most of all I worried how my son would deal with having to share his buddy.  Me.

My first son was, for lack of a better term, my dude.  For 3.5 years, it was him and me, me and him.  He was my shadow, my side-kick, my experiment and my light and joy.  We spent waaaaay too much time together and looking back, I was in his face far more than any mother should be.  We spent a wee bit too much time, facing each other on the floor, putting the circle in the hole, matching the square to the slot.  We went to playgrounds, we went to museums, we went shopping and for coffee.  We went to music class, art class, gym class.  We zoomed cars around our 650 sq. foot apartment, making epic traffic jams.  We made ships out of couch pillows and played Playmobil pirate football.  We baked and painted and read and made our own play dough.  Somehow I managed to keep him alive during the 9 months he thought 4:55 am was an acceptable time to wake up for the day and those times when he went on a nap strike and I was so tired I thought I would melt into the floor like the Wicked Witch of the West.  We were together all the time, 24 hours a day, 7 days a week.  He was Costello to my Abbot, Hobbes to my Calvin, Robin to my Batmom.

And then my 2nd son was born and I thought the first one’s world would end.  Now he would have to share his mother, share his buddy, his best friend, his play mate.

And he hardly noticed.

He was 3.5 years old and was already starting to switch his affections.  Over to Dad.

My son, the traitor.

And now he is 8 going on 20 and thinks he knows all there is to know in the world, and I hardly get a second look.  Dad this and Dad that and where’s Dad?  I want Dad.  The intellectual portion of my brain knows that this is normal and healthy and GOOD.  Boys are supposed to identify with their fathers, to start to learn how to be ‘males’ from the male influence in their life, it’s all part of the separation from the mother, part of growing up, part of becoming a Man with a capital M.  But in this particular scenario, the object of separation, the mother, is…well, it’s me.

I am grateful that my sons have a worthy role-model to look up to.  Grateful that they have a father who takes them to football practice and camping in the rain.  Grateful that he is there for dinner every night and participates in the day-to-day minutia that bogs you down and makes you thankful when bedtime rolls around.  Grateful that they have a father to identify with.  But it still hurts.  It hurts to be overlooked, an afterthought, a consolation prize.  We were a team and now I’m just the one that enforces the rule that you need to sneeze into your elbow and makes him set the table. We used to hang out together and now I shuttle him from place to place, trying to convince him that after 42 years on this Earth, I did manage to learn a few things.  I knew to expect it,  I know that it’s natural, I know that it is supposed to be this way.  But it still stings a bit.

Sometimes I want to just scream:  “Hey!  Remember me?  The one who spent hours setting up pirate ships and castles, arming knights and laying siege to the gingerbread house?  Remember all those hours we spent in the playground at Grand Street, sometimes whole marathon days, taking a picnic and cooling off in the sprinklers?  Hey you, listen!  Do you remember the sleepless nights when you had a fever and everyone in the house was snoring, but I held you on my lap and slept in ten minute chunks?  Remember me sitting in music class and clapping along to The Wheels on the Bus like an idiot?  Remember all the improbably shaped birthday cakes and the dodgy home-made Halloween costumes that cost me more to make than it would have to buy?  Me!  Your mom!!  Remember me?”

Probably not.  And that’s ok.  I guess that means I’m doing my job.