It’s almost impossible to reflect on 2020 and not think of Dickens. 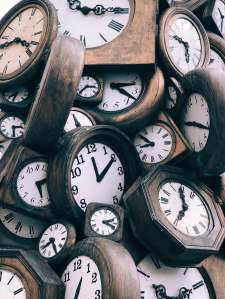 Somewhere between March and now, during this plague upon our houses, I lost my sense of time and place. It has been the fastest of times, it has been the slowest of times. Hours expand and compress until I find myself diving in and out of days and over weeks and suddenly the season has changed and the light outside my very dirty windows turns a purple bruise dusk. Another weeks starts, food shopping needs to be done, dinners planned, mundane chores procrastinated.

I haven’t allowed myself the luxury of a project–hardly even a blog post let alone something longer, meatier, more substantial. Nada. Nothing. Zilch.

Perhaps I am fearful of things changing on a dime again. After all, for a while there it really was the season of darkness. Or maybe not. Maybe I’m just lazy. But one thing I know: I have misplaced my connection to  time: best of/worst of/any other of. I would say I left it on the bus but public transport is iffy in the here and now, in the upside down.

My younger son gets upset with my casual use of the phrase the other day to describe anything from yesterday to six months prior. It bothers his very literal sensibilities.

Yet more than anything, that’s exactly where I feel like we’re residing: in the meaty heart of the

other day, where the past, present, and future are equidistant, co-existing. Honestly it could be March–It was the season of darkness!. It could be November. Infuriatingly, still the season of darkness! Wait, is it November? Christmas is around the corner, another round of birthdays, shit, it’s Sunday again that means more food shopping. Half-committal becomes the norm. My attention strays. Was it last week when we were making pasta for remote science class? No, that’s not right.

Time compresses and expands. Breathing in and out like a pair of lungs.

And here we are–are we here? Are we there? Wherever we are there is light–Ah! The season of light!! A pinprick at the end of the tunnel. I am salivating over the idea of normal–vacations! Family! School!–I’m also struggling to remember, wait, what IS normal now? What was normal? Did we really used to kiss each other on the cheek or shake hands? Did we really jet all over the world? Did we really linger over lazy restaurant dinners and have karaoke birthday parties with shouting and sharing of glasses?

It was the age of foolishness–or possibly wisdom. Hard to tell.

The last seven months, our lives have been distilled. Filtered through cheese cloth until only the curds of what mattered remained. We were together, we were safe. You go through the measures, take stock, you recalibrate what’s important, then double down on those things, triple down. You sift until you’re left with just the essence, some sort of lavender essential oil of life.

That was enough. It had to be enough. It’s all we had.

Six Zoom calls back to back petered into zero Zoom calls. Frantic group message chats dwindled into the occasional check in. Crest, crash. There was no middle ground. It was all! It was nothing!

And throughout, I was distracted at every turn. Even now, writing this I am distracted. By a flash on the television screen, a noise from the other room, waiting for my husband to refill my wine glass. I can’t settle, I’m jumpy, looking under the bedcovers and peering around corners waiting for something ugly and hairy to jump out at me. Mostly it is just my own reflection in the mirror.

I don’t trust time anymore, and yet time is all I’ve got.

At some point we made the decision to extract my mother and sister from the US. When they arrived, it all felt so….normal.

It was like taking a two week vacation to the past. 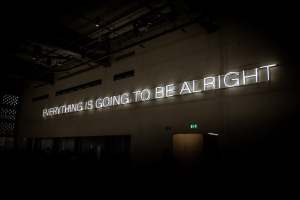 For a small chunk of time, things just seemed–well, the same as they always did. Pre-plague. A holiday to The Isle of Normalcy.

What a long, strange year it has been when the regular, the normal, seems like a vacation.

Usually we want snazzier than the mundane. We want to leave normal behind. Bring on the jazz hands and drinks with umbrellas! Now we pine for the mundane days of yore.

We slouch toward normal, crave it, we inch toward it, dragging bedraggled selves to get there. We can see it! We can! It’s just there, over the horizon.

What a long, strange journey it has been.

It was the spring of despair. But.

It is the winter of hope.